END_OF_DOCUMENT_TOKEN_TO_BE_REPLACED

Improving the UX has always been on the radar when Chrome brings out an update. In this recent update, they worked on the need to provide users with a seamless experience on Chrome on Android. With Chrome 63, users won’t be annoyed with notification prompts they don't want to see and marketers can know if the user is interested or not right away without pulling their hair out.

Majority of the websites prompt users to subscribe to web push notifications right when they land on the page before they have time to explore. The users are so accustomed to receiving the prompt, that they subconsciously ignore it without knowing what the prompt was all about.

As it disrupts the flow and distracts the users, they neither click on ‘Deny’ nor on ‘Allow’ and tend to dismiss it. In Chrome 59, as a major step to improve the UX, Chrome on Android temporarily blocked the prompts for a week after they were dismissed thrice. Users repeatedly received permission prompts even when they ignored it previously.

Starting Chrome 63, users on Chrome on Android won't get an option to dismiss the prompt.

While the user still has the option to dismiss the prompt on Chrome on Android by clicking on the back button, once done thrice, will block the prompt.

Changes in Prompt placement in Chrome on Android

Earlier the prompts on Chrome on Android appeared in the bottom of the screen as a banner. Now it will be displayed as a Modal Dialog so that the user can’t ignore it.

What should you do?

Do they want a product that is currently out of stock? Ask them if they would like to be updated when it is back. 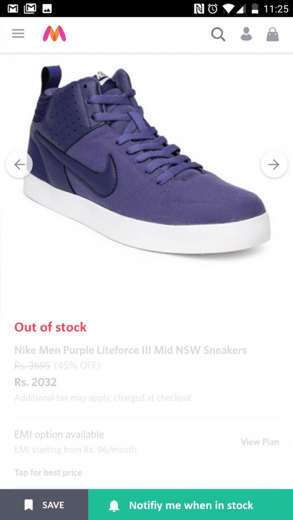 Is a user into Biba apparels? Have they been visiting and shopping from Biba for quite some time now? Ask them if they would like to be notified when a new collection is added. 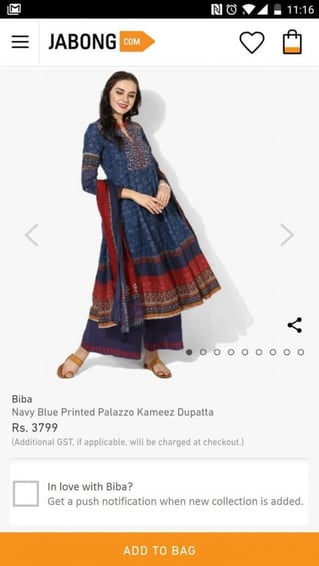 Show them the value they will receive out of subscribing to you notifications rather than just displaying the prompt on Chrome on Android when it makes no sense at all.

Play around with custom subscription prompts 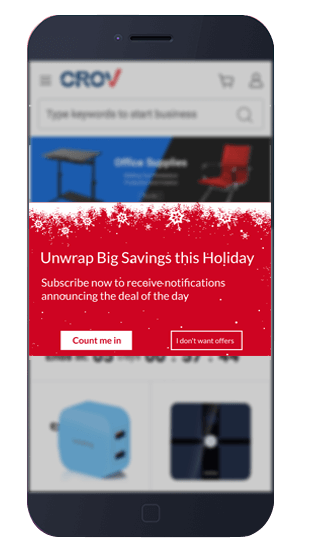 Custom prompts makes is possible to write your own copy, making it easier to attract the users and also give them a fair idea of the kind of updates they will be receiving.

iZooto helps you time your notifications so that you do not display the prompt right when users land on your website. With iZooto you can also setup custom subscription flows, enabling you to craft an amazing copy and playful CTA buttons so that the chances of users subscribing to your web push notifications increase. You can see the different kinds of custom prompts here.

Convert more of your website traffic into sales with iZooto Web Push Notifications. Start your FREE trial Now.
All Posts

Email Marketing For Publishers: Grow Your Audience This Year

You may have heard that email marketing is dead.  The internet is inte[...]

6 Product Heroes Leading Their Way In The Publisher Industry

It requires maddening discipline, consistency, rigor and a dash of emp[...]