END_OF_DOCUMENT_TOKEN_TO_BE_REPLACED

Not long ago, news and media publishers were investing significantly in social media platforms, especially Facebook. Much before TikTok became the global sensation that it is, publishers were busy creating Facebook Live and snackable vertical format video bytes on Facebook. Back then, Instagram was still limited to individuals and influencers engaging with their followers. TikTok changed everything.

Meta’s courtship with news publishers was a tumultuous one. First, it offered a dose of steroids to languishing site visitors. This was a shot in the arm for news publishers and changed the rules of the media game. There’s a parallel with Google, where after mounting pressure from publishers, the company agreed to pay publishers for quality journalism.

What’s different in the case of Meta, is a wavering relationship that’s causing unrest among publishers. In the last week of July 2022, Meta announced it was ending publisher funding. It's as if the flood of user traffic was eliminated altogether.

Lack of commitment in the relationship

Meta went big on announcing news partnerships. Next, it piqued publisher interest by influencing growth in website traffic. Facebook had become a dependable source of traffic, thereby establishing social as a credible source of traffic for most leading publishers. In certain cases, websites existed because there was unprecedented content consumption thanks to Facebook. Around the same time, content formats such as video saw a massive rise in consumption.

All of these trends were welcome by publishers, and they actively participated in the trend. What changed everything was Meta’s withdrawal from the news space. After being dependent on booster shots offered by social, the withdrawal of Facebook signaled an end to the joyride that news and media publishers were dependent on.

Also Read: Publishers Need To Relook At How They Perceive Marketing

Gen Z is a force that shapes content today

Social content is consumed the most by Gen Z and millennials. Habits and platforms of choice may vary, but consumption in the digital age is driven by younger audiences. For brands and advertisers, it's an obvious choice. They put their money where the attention lies. Ad dollars follow attention, and the attention of younger audiences lies with TikTok.

Although this complicates content creation for publishers, it truly simplifies the choice for product managers. Meta’s singular focus is all about chasing attention or creating a virtual world that encompasses you. It decided to call it the metaverse. It appears to now focus on getting more eyeballs - at any cost.

Meta is so determined in winning Gen Z's attention that it is game to clone the latest ideas out there. After replicating Snapchat Stories into Instagram and Whatsapp Stories, Meta is now putting all its efforts to replicate TikTok’s proven content discovery engine.

Also Read: How Content Businesses Can Make Money From Their Websites

Why are publishers left behind?

Ideally, news and media publishers should've seen this happening. Only if they were not lost in the motives of convenience when they chose to depend on platforms such as Facebook rather than build their own audience.

Around the time publishers and the social media industry were working together, they depended on advertisers for revenue. It failed to dawn upon publishers that Facebook was always competition. It was out there to eat into their slice of the piece, rather than being a trusted partner.

Tune in: A Publishers Guide To Building An Audience First Culture

This in itself isn’t news anymore. Publishers were elated and blinded by the social juice that caused spikes in website traffic. Their engagement reports looked impressive like a 100-m sprint on steroids. Quick, fast, and sweaty. Before they could sit back and think, they were addicted.

And just like that, scores of publisher pages that were once pumping in millions of visitors got banned on Facebook. Businesses such as WittyFeed went belly up overnight. Countless content creators and publishers felt their trust was breached, but these are lessons meant to be learned the hard way.

Over the years, Facebook’s contribution to publisher traffic has plummeted. Much like Google AMP, Facebook Instant Articles are no more a thing. Through numerous flip-flops, it’s now evident that publishers can finally bid goodbye to the Facebook feed. What started out as a platform that thrived on the circle of friends and family, saw attempts to fuel news into the feeds of users. After tasting success and then being forced to take on responsibility for its impact - misinformation, and influence on electoral efforts - Facebook decided to go back to what they know best - allow users to connect with friends and family.

The future is all about swiping up!

The social experience over the past decade has made publishers realize that there’s a need to do some heavy lifting yet again. If building an audience was their priority, they got distracted by the surge of rented audiences brought in by Facebook.

But since stability and predictability win over spikes and drops, publishers have finally realized the need to convert their temporary and at times anonymous rented audiences into owned audiences. They are aware of a need. But what are their options?

Skip The Feed. Slide into DMs.

In the last 5 years, we have seen Meta removing news publishers from the feed, one punch at a time. My feed today has Stories and Reels and needs me to swipe up and right. Tap and pause. We just don’t need to click and go outside the platform. These are the rules and they’re tied to a walled garden.

Suddenly, instant messaging is hot again - all thanks to the open APIs of Whatsapp, Telegram, and Messenger. The blockchain ecosystem is a classic example of SkippingTheFeed and sliding into DMs. They’ve gone from Facebook Groups to user communities built on Telegram. 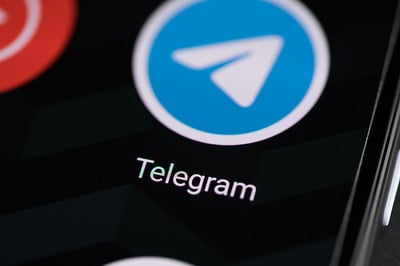 The emphasis on end-to-end encryption and user privacy has made a growing list of enthusiasts form vibrant communities around topics such as crypto and even blockchain, the underlying and accepted technology for decentralized ledgers. This includes publications that were not around in the previous decade.

Like Telegram, WhatsApp Groups now wield increasing influence with more relaxation in the number of members permitted. Options such as Business Accounts open up opportunities to build communities in the tens of thousands compared to the 256 that once used to be the limit for WhatsApp Groups. WhatsApp Group admins now have more opportunities to drive engagement with the content they create and drive traffic to publications.

The most underrated instant messaging service is definitely Messenger. The function of the age-old inbox with good old webmail has now moved into Whatsapp, Snap, and Tinder.

DMs as GenZ refers to them, are a low-hanging fruit for publishers to stay in the awareness stage of their users. Although Snap and Tinder are too intimate, Messenger and Whatsapp continue to dominate mainstream audiences that don’t prefer the nerdy audiences who may congregate on Telegram or even Discord.

Focusing on WhatsApp and Messenger can help publishers engage, harness, and build their own audience. If publishers must succeed in the future, it will only be possible on the back of a thriving owned audience.

News publishers who have been producing content all along and owning the Facebook feed over the past decade are now left high and dry. They’re not vogue anymore. Journalists who are part of these publications may be popular, but the organizations they work for are busy figuring out how they can stay relevant in the future.

Activism and responsibility over climate change and economic upheavals make for great journalism and news. But somehow don't help with the growth and sustainability of media businesses. That's an ‘Ok, boomer!’ moment for news publishers. Sure hurts!

As Founder & COO, Vivek leads operations and marketing for iZooto. He spent the last 12 years building marketing and advertising products. Vivek started his career at Applied Mobile Labs, a startup he cofounded in 2009, where he launched multiple mobile products that were used by over 20Mn users across India. In 2016, Vivek along with his co-founders started iZooto - a web push notification platform to help publishers engage their users. Over 1000+ digital publishers and broadcast media organizations use iZooto daily to engage and retain their website visitors. Vivek works closely with iZooto's customers helping them build a robust engagement strategy. In his free time, he enjoys cycling, solving Sudoku with his mother, and building LEGO kits.