END_OF_DOCUMENT_TOKEN_TO_BE_REPLACED

Facebook is the most used online social network worldwide, with roughly 2.93 billion monthly active users as of 2022. That’s nearly 40% of the world population. Facebook is a platform for users to connect and communicate - making it a hotspot for publishers.

Despite Facebook’s massive user base and its initiatives for media publishers, there was still a growing need for solutions that made the content more discoverable.

Several reports have described Facebook’s plummeting contribution to publisher’s traffic in recent years. Turns out, massive followers on your publication’s Facebook Page don’t necessarily translate into visitors. Blame it on the algorithm - unless you spend money to boost visibility, only a fraction of your followers will be shown your content.

As a publisher-first audience marketing platform, iZooto is built to solve core publisher challenges. By implementing iZooto, publishers can now enhance their owned audience by converting Facebook users into subscribers. With a distinct and new user base that is relevant with an active interest in your content, you can now communicate with your audience directly using Messenger. Your most engaged audience now finds it easier to discover your content - it’s as simple as opening their Messenger inbox.

As platforms evolve to suit their own needs, publishers are left dependent on third-party factors. The low-hanging fruit for publishers in their race to build their audience is to look at an owned audience. Push notifications across Messenger and Web is the easiest way to build a loyal audience base that you can reach out to.

The biggest advantage of notifications sent using Messenger is the sheer shelf life. Since it is an instant messaging service, all messages are like a conversation between two people and continue to stay until the user explicitly deletes the chat history.

Any notification that needs interaction, or needs to be available for future reference is best sent via Messenger. A combination of Messenger and Web notifications will offer you higher reach and deeper engagement, while also enhancing your monetization opportunities.

Publishers can make the most of their engaged users on Facebook using Messenger. Every time a user comments on your Facebook post, an automated opt-in message is sent to their Messenger Inbox, encouraging them to subscribe to notifications.

People who comment are invested with a higher probability to subscribe. Some of the publishers who work with iZooto have seen over 3,000 subscribers over the span of a week - by enabling Messenger push notifications.

We know how tedious things can get when you are shipping out content left right and center and have to take care of the distribution bit as well! With Messenger AutoEngage, send the latest articles to your Messenger subscribers with zero manual effort.

Put your Messenger engagement on Autopilot, and ​​focus on what you do best - creating content. Plug and play your RSS feed and Increase content discovery and page views even while sipping long island ice tea on vacation.

What To Expect With Messenger Push Notifications

With Messenger push notifications you can convert your engaged audience on Facebook into repeat visitors. Once subscribed the notifications land directly inside the Messenger inbox, increasing reach and content discovery. This boosts CTRs and increases return visitors and in turn boosts loyalty.

Smart Parenting, the go-to publication for new Filipino parents tried Messenger push notifications as a pilot. Here are the results: 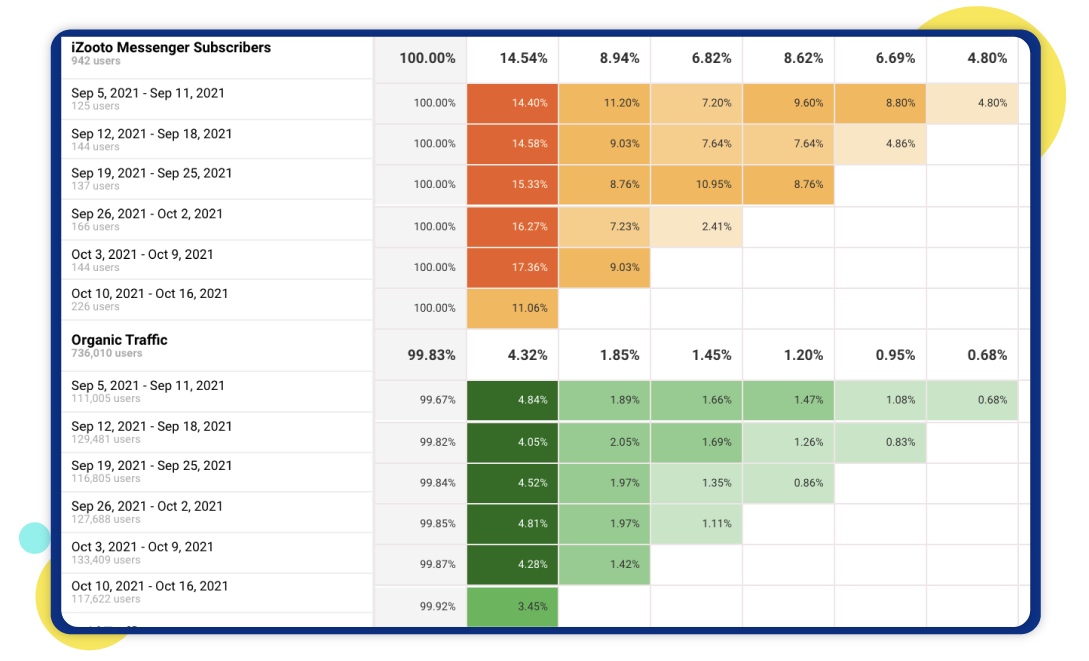 Smart Parenting saw 8X more returning users as compared to organic. Right from the very first day, there is a clear margin of users that come from Messenger push notifications, making Messenger engagement strike above the rest when it comes to creating loyal users. They also got more than 2 M pageviews from iZooto.