END_OF_DOCUMENT_TOKEN_TO_BE_REPLACED

Apple announced support for web push notifications for Safari on iOS starting in 2023. At the company's annual developer event WWDC in June 2022, Apple announced that this feature was coming to iOS. In effect, this opens up new opportunities for publishers to engage their users and serve relevant content updates to their users who use iPhones.

How does this announcement impact publishers?

In 2015, Google Chrome was the first to roll out the web push notification API. This enabled developers, marketers, and publishers to reach out to users via the Chrome browser. Eventually, Android smartphone users also opened up as a base of new visitors.

Publishers who relied on push notifications were also able to build engaging audiences with better content consumption. After tasting success with Android, developers awaited a similar move by Apple. In markets such as the US with a dominant share of iPhone users, native support for push notifications helps publishers tap into mobile users and offer a consistent experience. That wait ended up lasting for over 7 years!

When push notifications do eventually come to iOS in 2023, publishers will be able to convert their users on Safari for iPhone and iPad into subscribers and engage with them. All of this without having to build an app. 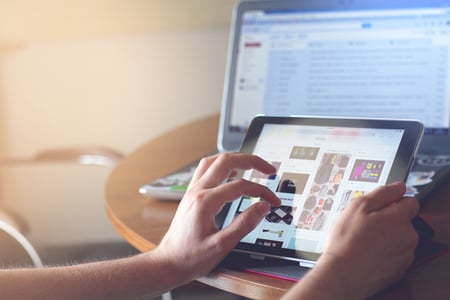 Apple has been supporting push notifications on OS X via the Apple Push Notification Service (APNS). Developers also use APNS to deliver a notification to iOS devices. What has now changed is Apple will be rolling out support for service workers to show notifications.

Also Read: All You Need To Know About iOS Push Notifications

Apple’s support for web push notification standards, as adopted by other browsers such as Google Chrome, Mozilla Firefox, and Microsoft Edge, will simplify work for developers. Developers can now start building an audience on iOS without any additional effort. This will not even require an Apple Developer account.

Also Read: Push Notifications: What To Expect In The Future

How does Push Notification opt-in work on Safari for iOS?

Apple has always prioritized user experience. Its approach to push notifications is no different. The first step is an opt-in on the part of the user. To ensure iOS users are not inundated with subscription pop-ups, a website must first seek permission for sending push notifications explicitly from the user. This is possible with a tap or a keystroke.

Also Read Safari Push Notifications: Everything You Need To Know

Mozilla Firefox has been using a very similar method. We have also covered this extensively in our subscription opt-in guide.

What can publishers do until the final release?

Apple is expected to roll out support for web push notifications on Safari for iOS only in 2023. Till then, publishers and developers should consider Messenger push notifications instead. The nature of instant messaging and the close connection with followers of your publication makes it a lucrative option to build a new audience.

As Founder & COO, Vivek leads operations and marketing for iZooto. He spent the last 12 years building marketing and advertising products. Vivek started his career at Applied Mobile Labs, a startup he cofounded in 2009, where he launched multiple mobile products that were used by over 20Mn users across India. In 2016, Vivek along with his co-founders started iZooto - a web push notification platform to help publishers engage their users. Over 1000+ digital publishers and broadcast media organizations use iZooto daily to engage and retain their website visitors. Vivek works closely with iZooto's customers helping them build a robust engagement strategy. In his free time, he enjoys cycling, solving Sudoku with his mother, and building LEGO kits.

YouTube is the most popular platform for people to watch videos. Stati[...]

When one is bored of eating the same food everyday, they either switch[...]