Why Newsrooms Need A Digital Publishing Platform Over A CMS

In early 2015 when Quintype began, their founders Chirdeep and Amit realised that most publishers are facing the same problem of creating an interface that lets them run their workflow, each of them building the same workflow, reinventing the flywheel over and over again.

Initially digital publishers had 2 sets of solutions to choose from -

The problem that the people at Quintype realised was that in the former - a lot of plug-ins were not tested with each other and wouldn't really worlk together and most of the time would end up crashing the system; whereas in the latter - keeping up with your code base and catching up with what Google and Facebook are releasing on the publisher landscape is a tough task for most publishers.

During the conversation the question of build v/s buy came up, since the publishing industry is a legacy business and huge media houses prefer to build their own CMSs, and why according to Chirdeep that mentality needs to phased out? His answer was very on the point, that a lot of media houses wanted those readily available plug-ins to be customised with their workflows - which is why they prefer building them. And if you look at them now, most of them have landed on creating the same piece of software. A work engine, a rule engine, creating content, distributing content to various channels.

Quintype was quick to realise the pattern of 90% of these softwares are very similar to each other. And that is what they created, a platform generic enough to go into the industry and specific enough that publishers can build and custom according to their workflows.

It's fun to realise that the requirements that were customised a decade ago have now become standardised, and this is exactly why buying a software makes much more sense.

-and how is it different from a CMS

The company describes itself as a digital publisher platform and not as a content management platform. How would Chirdeep differentiate between the two? Is this just industry jargon or there's more to it.

Here's what he had to say -

Whereas, larger publisher houses have departments and teams, and they have roles and authorisation. Someone who is responsible for publishing content for the sports section, should not have authority to the entertainment section. The need to have that separation of concern was present, as well as having an asset management tool too.

Also, a CMS usually powers just one system whereas here a digital publisher platform can be powering a lot more, the website, the mobile apps, screen less interface, sending information to Alexa, Google News, etc. All these syndications of information is automated. It is one way of powering people to do way more things in a better fashion.

When asked how have newsrooms evolved with time, since Chirdeep has a ringside view, he said, back in 2015, everything was print first and then editors would choose what would go on the digital front. Now there's a paradigm shift - things are more digital first, where the focus is on the quality of the content, finding the right SEO keywords, Meta data and then sending the relevant content out of it to print. A lot of new age publishers are digital only.

There has also been a transition from mobile first to mobile heavy to mobile only, and now we are exploring all sorts of content on mobile devices. What then should be the right time for publishers to start thinking about a mobile app? Chirdeep answers, tech has evolved so much that there is hardly any difference between PWAs (Progressive Web Apps) and mobile apps. PWAs are available offline, just like mobile apps, they can have features like push notifications, home screen icons, all of which were earlier just exclusive to mobile apps. Chirdeep recommends having a mobile app when you have a niche audience that is continuously coming back to your site, for example, The Ken, which strongly focuses on startups. Or you have a lot of direct traffic, which happens when you are one of the leading brands in a particular section.

Although engagement on mobile apps is always higher than on PWAs. A user on the web would read 1 or 2 pieces, whereas would end up reading 4 to 5 on an app. And to ease this process, Quintype provides templates that publishers can choose from and develop an app for iOs and Android, within a matter of days and in return have to pay a small licensing fee for it.

The next segment in the conversation was the big question of publishers moving beyond advertising as the only business model for them.  They are now looking at models of paywall, membership, community, ecommerce. And as a publishing platform what role did Qunitype see itself playing here? Chirdeep predicts trends moving more towards a reader centric business model but only for content pieces that are more niche or have an in-depth research behind them.

For this, Quintype has a product Accesstype, which lets publishers set up the entire site for monetization through reader revenue. He also mentioned the different levels of plans that can be used in this model, providing different levels of access to information.

As an organization that is centric to India and South East Asia, what trends were seen in terms of adoption, both by publishers and also by end-users. Is the end user now willing to pay for content? While almost 30% of the total audience pays for content in the Scandinavian nations, and around 10-15% of the audience in the US, the percentage is fairly low in India and SEA, almost around 1%. Mainly because these countries are habitual to accessing free journalism, bu the trends are changing gradually, because a large chunk base is willing to pay for news that is well researched or niche.

The last question of this extremely insightful conversation was how did Chirdeep see the pandemic change the way publishers are operating from day to day basis?

To which he answered, things are turning more digital, India and SEA still rely a lot on print, with 70-80% of the revenue coming from print for them. The pandemic although made them accelerate more towards digital, where in the first two months of the pandemic, traffic went off the roof. They thought that with time it would go down but turns out the publishers are doing really well. They have acceleratyed their digital first strategy, trying to figure out what does the post-print world look like, and what can they do to populate their funnel more and more. 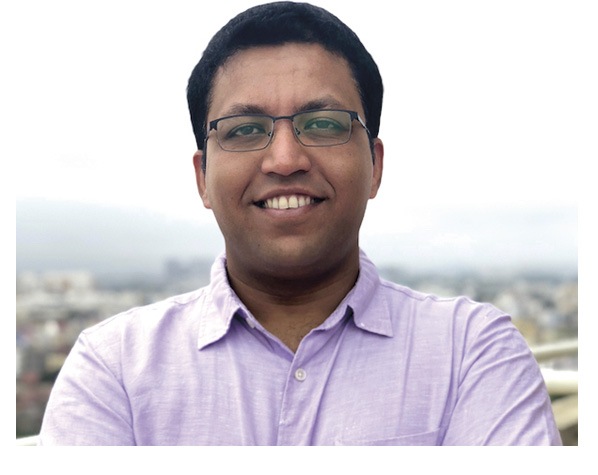 He is also experienced in building and leading high performing, cross functional, geographically distributed and diverse delivery teams. Significant experience working in western and emerging economies including the US, UK, China, India and Uganda.

He has a strong technical background with experience in architecture, design and development of large scale enterprise software applications using Java/RoR stack.