END_OF_DOCUMENT_TOKEN_TO_BE_REPLACED

To understand what is Fake News - picture this:

You are a news publisher, who work very hard to research, write and publish a story. You have backed up your story with all the relevant data because you want to give your reader an authentic, fact-checked, unbiased news to read and refer to. But a couple of days later, you notice some other website (a news curator maybe) has manipulated your story, given it an entirely different direction to favor someone in particular. This website champions distribution and within hours the story is out there on each and every platform - people are reading it, sharing it and believing it. Thus begins a war between Real News and Fake News. 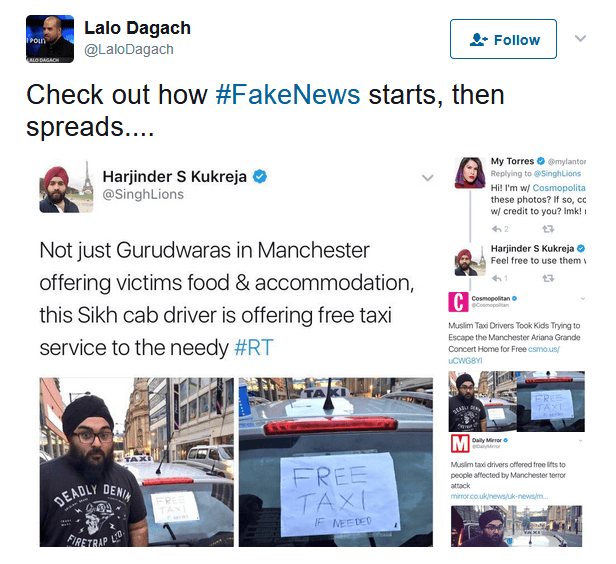 The concept of ‘Fake New’ isn’t new at all. I’m sure we’ve all consumed a fake news on the web and would have even shared this news without even batting an eyelid. Let’s admit, we all have done it.

How to define fake news

Fake news is everything from a partial truth to misinformation to outright lying. Every news that isn’t completely true or has undergone some fabrication to favor (or maybe damage) someone’s public image can be considered as a fake news. The very first recorded incident of using fake news goes back to Rome in 1522, where Pietro Aretino tried to manipulate the pontifical election by writing wicked sonnets about all the candidates except his favorite one. Fake news is often seeded, distributed and leveraged by authorities to manipulate public opinion. This is yet another challenge faced by news publisher.

How does fake news spread

We read such fake news everywhere on the web, but the most common platforms are involved in the distribution of such news are - Facebook, Google, Whatsapp and Twitter. However, they cannot be the blamed for the distribution because, as per the Safe Harbor provision, the platforms are not responsible but for the content hosted on them.

In most of the cases, people stay completely unaware about the news being completely fake (or fabrication to a certain extent) as the trust factor upon the platform that we are reading it on surpasses the scope of suspicion towards the same. Over the past decades, the preferred source of news is moved from traditional news publishers to social media and so is our trust associated with them. In some cases, the impact of a fake news reaches to an extent where it outperforms the real news itself.

Let me tell you something interesting now.The trust on social platforms is not the only reason that makes people trust and shares the fake news, trusted share is yet another one. When people see news from a person they trust, they are more likely to think it got the facts right, contains diverse points of view, and is well reported than if the same article is shared by someone they are skeptical of. This factor is not only limited to the possibility of the news being shared but also makes or breaks the ability of a news to change people’s opinion. 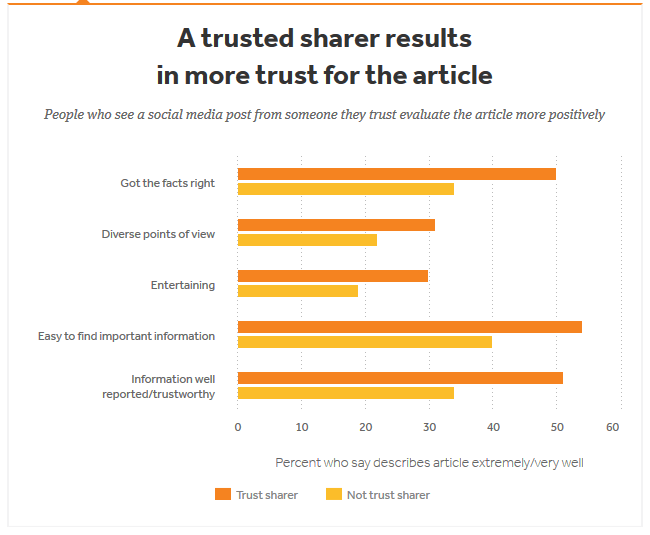 Where Is It Coming From And Why

Things got more interesting with the second wave of the Internet. Blogging and self-publishing started a trend which got fuelled with the advent of social web and smartphone. Instead of traversing the Internet from web page to web page, people started traversing from one person to another. Behavior like Backlinking and Bookmarking got replaced with Follow, Subscribe, Share, Rate and Like. Eyeballs shifted to Facebook, Twitter, and WhatsApp. Distribution and creation of content became democratized and more importantly, decentralized. The genie was out of the bottle. Decentralized content creation means a decentralized and diffused responsibility of ensuring authenticity. The stage was set for the emergence of Fake News.

While some select publishers and content curators are suspected to have started this for their own good, others(mostly traditional news publisher) are brutally victimized by this challenge. For them, the core objective is often to get more traction on their websites. 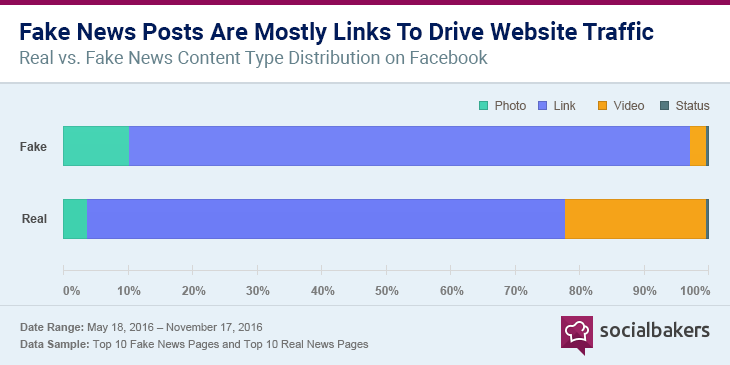 To our surprise, there are instances where some of the big news aggregators and curators were involved in the fueling up fake news. The core objective for these aggregators is mass distribution of content and they care little about the authenticity of the content being shared Thus often ending up promoting fake news which not only impacts the real news negatively but also hampers the marketing and PR efforts of any digital news publisher.

Fake news not only impacts your brand image but also accounts for the overall decline of publishing standards. There are in fact fake News websites which are manufacturing and aggregating news and these websites look like legitimate news sites. And with the increase of such incidents, the airwaves are currently filled with both outrage towards and defense of fake news that has been competing with real news.

However, the aggregators are not the only culprits. Many brands like CNN, NBC, ABC and The New York Time were accused of spreading fake news. As in a previous event, when President Donald Trump had derided these outlets as sources of “fake news,” charging them with false or unfair coverage. After declaring them “the enemy of the American People” on Twitter, he reiterated the charge on-stage at the Conservative Political Action Conference.

A lot of fake and misleading news stories were shared during the last U.S election, across social media. One that got a lot of traffic had this headline: "FBI Agent Suspected In Hillary Email Leaks Found Dead In Apparent Murder-Suicide." The story is completely false, but it was shared on Facebook over half a million times.

Yet, we are unlikely to prevail in this battle if we treat the problem of fake news as a creature of the internet. Or for that matter, as a problem unto itself. Fake news is part of a larger problem of “click journalism” or on “clicking” with our pre-conceived bias.

You’re probably thinking that there is no way out, but there is definitely a ray of hope for those who are geared up to win. From what we have understood so far, fake news is a huge challenge for authentic traditional publishers. And unless they take some definitive steps to fight fake news, the real news is not going to survive. Yes, you read it right - there are some definite steps.

Some of the researchers even claim that users can be made inoculated towards fake news, the same way it would happen in the case of a virus. read this article to understand this further.

In another effort to fight fake news, First Draft is working with Google and Facebook to explore whether they could incorporate code to stop the spread of fake news. Wardle is adamant that tweaking algorithms are not like censorship.

How Social Platforms Are Contributing To It

Facebook was criticized for censoring an iconic photo because of nudity and is now expected to effectively monitor and censor Fake News. Mark Zuckerberg  writes:

“The problems here are complex, both technically and philosophically. What we believe in is, giving people a voice. Which means erring on the side of letting people share what they want whenever possible. For this, we need to be careful not to discourage sharing of opinions or to mistakenly restrict accurate content. We do not want to be arbiters of truth ourselves, but instead, rely on our community and trusted third parties.”

Google itself is playing their part in this battle to take these fake news down. This April, Google announced changes to its search algorithm in an attempt to push down fake news from its search results. This new update includes more emphasis on authoritative content along with providing direct feedback forms for users.

This is how giving feedback on inappropriate featured snippet answer works.

Google also introduced a fact-checking tag on its search results earlier this year.

What Can We Do As End Readers: Suspect And Inspect 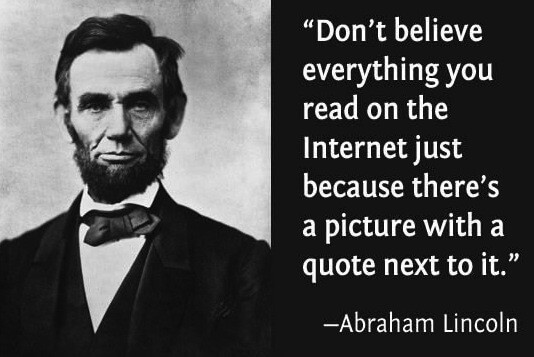 As far as the end reader is concerned, they are also highly responsible for spreading such fake news. Usually, when a news makes you angry or excited, you tend to share it. And as long as someone is trying to manipulate your emotions, we don’t have a solution anywhere close by. You share a news mostly when it confirms what you want to believe and you’d want others to believe. It might be your enemy, your opponent or maybe about someone you desperately want to believe in.

Simply put, it’s merely playing with the reader's psychology. And readers will be happy to share it, once they have what they wanted. After this, you don't need to put any further effort. Often the readers might not completely believe in the news or understand its implication. However, they are most likely to share it if it's shared by their friends. As it helps them feel recognized in their friend circle.

It’s a vicious circle and we must break the circle. It doesn't imply that readers should always be suspicious of the content. However, In the case of suspicions, the least they can do would be a basic fact check. Checking the original source of the news before believing it and sharing it with others.

The article was originally published as a guest post on The Bulldog Reporter Blog.