Monetization Challenges That Are Hurting Publisher Revenues in 2023

END_OF_DOCUMENT_TOKEN_TO_BE_REPLACED

Monetization Challenges That Are Hurting Publisher Revenues in 2023

Digital is the new frontier for print - you must have heard this phrase like a zillion times now. Content is being produced, distributed, and consumed - all online. Especially with the COVID-19 queries floating all over the Search and video content offering crazy benchmarks to the news publishers, one can mark 2020 for the increase in demand and popularity of many digital publications.

Although digitization of news has brought a bunch of opportunities and challenges for the news publishers, what remains the biggest monetization challenge is to explore additional channels that truly stack up and add sustainability and incremental $$ to a publisher’s top line. For some publishers, monetization stack still consists of a bunch of ad-networks thrown together in a pot. But as per emarketer, here are the revenue streams most of the publishers gunned for in 2019. 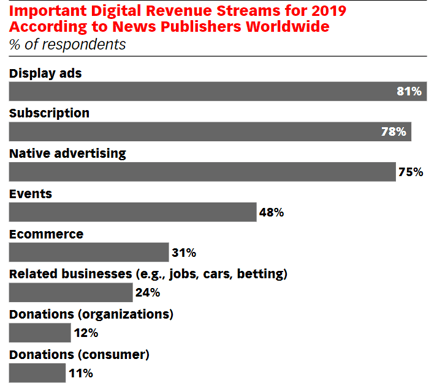 As a part of our customer development efforts, I speak with digital publishers, editors, marketers, and product managers on a daily basis. And the only commonality in all these conversations is their constant struggle for revenues. If only there was a dollar for every time a publisher said “plummeting ad revenues”.

To understand how exactly did publishers get caught between a rock and a hard place, I started digging deeper, and here’s what I found.

Monetization Challenges Faced By Publishers in 2020

Marketing with no verifiable ROI, offered by print, is now unacceptable. Result-driven efforts are the ‘only thing’ to be focused on and other aspects may just fall into place.

Digital has made it so much easier for publishers to weigh their success in the form of conversions and grab more opportunities to grow their business. That said it does bring along a bunch of monetization challenges that most news publishers are now struggling to overcome.

A lot of publishers leverage native and display ads to generate over 70% of their revenue. What’s being embraced by them is a mix of native advertising, sponsored posts to create an interactive income stream in the era of social media and Buzzfeed. Native advertising allows them to generate ad revenue by not only lending their platform to the advertisers but also offering their editorial expertise, brand reputation, and their audience to them. According to the report published by the Native Advertising Institute in December 2018, here are the top reasons why publishers put the sponsored content on their sites. 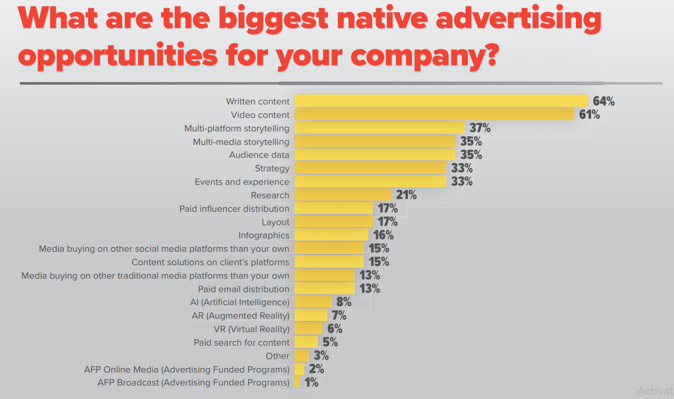 Publishers nowadays are treating their site as a platform instead of just a billboard. A platform where they can bring relevant advertisers to have a meaningful dialogue with their community without disrupting them. Choose from the list of top 111 ad networks.

However, native advertising is not as good as it appears to be. There’s a lot more to it that does spark some complaints. 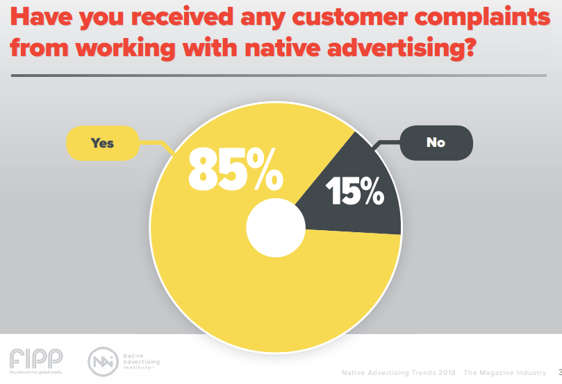 With 85% of the publishers saying that they’ve received customer complaints because of native advertising, one thing is sure that native advertising is not every reader's or viewer's cup of tea. Another concern for the publisher is about blurring the lines between commercial and editorial, to avoid making their audience feel deceived by poorly labeled ad content. 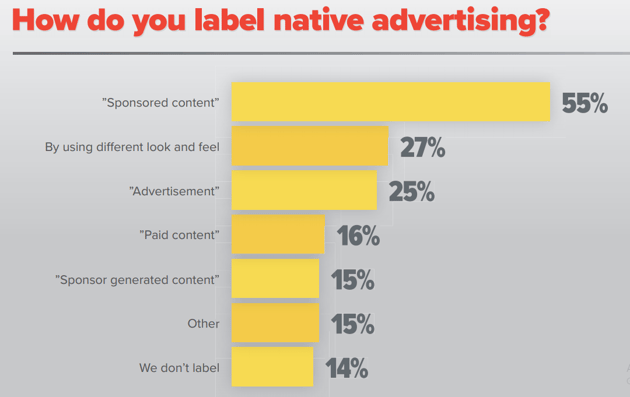 Storytelling is an absolute must. 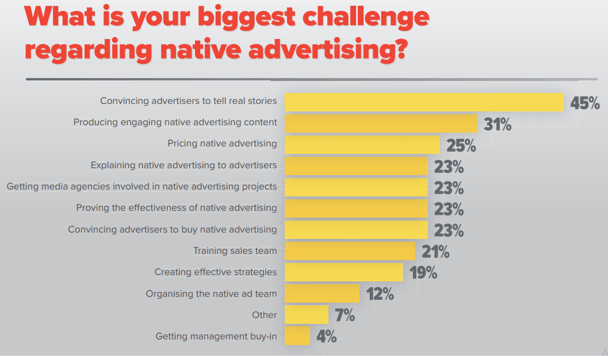 Unfortunately, many publishers find that convincing their advertisers to tell real stories in their native content is difficult, with 45% saying it’s one of their biggest native advertising challenges in 2018.

Using overtly promotional language is not how you tell a story or get your audience to connect with your brand. Telling real stories is a great way to engage with your brand in an authentic way, while also providing them with the information and that entertainment factor.

Paywalls are the next big thing that the successful publishers are gunning for in 2020 to drive more user-generated revenue. In simpler words, the subscription model for paywalls is asking readers to pay for reading the content. The types of paywalls include hard paywalls (all content must be paid for), metered paywalls (a limited amount of content is free), and the freemium content model (a blend of free and premium content is offered).

Read more about the best paywall solutions for publishers.

As per the Reuters’ “Journalism, Media and Technology Trends and Predictions 2019” report, paywalls and the subscription models will be the key priorities for the news industry going forward.

Only 30% of US millennials pay for some sort of digital news service (newspapers, magazines, or news apps), according to a survey by Statista. Meanwhile, 55% of them pay for entertainment content. As the paywall and subscription model worked wonders for traditional publishers but is lagging behind for the digital natives, many publishers with millennials as their target audience are facing issues. 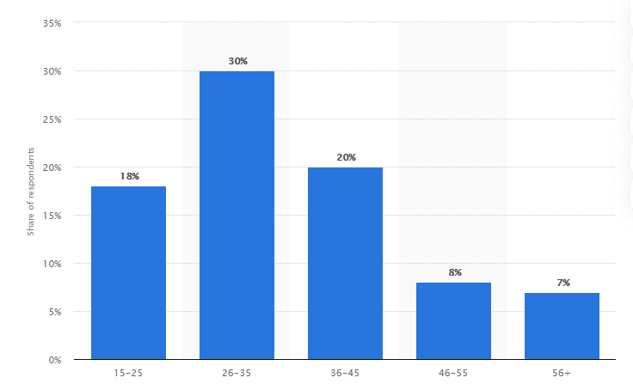 As per the Digital News Report - 2019 of the Reuters Institute, most people interviewed didn’t want to pay for the content they consume. When asked about what media subscription they would pick if they had only one for the next year, just 7% of under 45-year-olds picked news. The report showed 37% would opt for online video and just 15% for online music.

Secondly, workarounds to bypass a paywall has been a burning problem in the face of most publishers since always. From using different browsers or the incognito mode to installing software or browser extensions, readers are eagerly looking for ways to access the premium content for free.

“We’ll see growing adoption of ‘subscription blockers’, downloadable software or browser extensions that get round metered paywalls by blocking the javascript that triggers them.”

Such stats are forcing the legacy publishers to reevaluate their existing paywalls and subscription offerings in an effort to drive up new subscriptions. Likewise, digital-native publishers that have historically shied away from paywalls are now considering alternative pay-for-content models like micropayments, user-data exchanges, and membership programs that could attract millennials.

However, there are publishers like the New York Times, Financial Times, and The Wall Street Journal, which are nailing paywalls and subscription models.

A publisher’s monetization struggles take a new shape and go to another level with software when it comes to ad blockers. An ad found on the side of content is part of the unspoken deal between publishers and users, where users have to view online advertisements in exchange for free content. It’s through this arrangement that consumers have been able to enjoy free content for years now. However, with the advent of adblocking software, which allows users to bypass viewing ads, this unspoken deal is at risk - and it will end up hurting both publishers and users. If consumers want to continue to enjoy free content, the ad blockers must leave the spectrum - which seems very unlikely.

If I speak on behalf of the readers then I’d definitely put an emphasis on the usage of ad-blockers to simply read and view the content without as interruption of digital ads. However, It is one of the biggest online publishing challenges because these ads help in monetization.

Adblockers, mostly used on desktops (88%), have the potential to make a business lose 23 to 30% of their revenue while the cost of their goods remains the same. 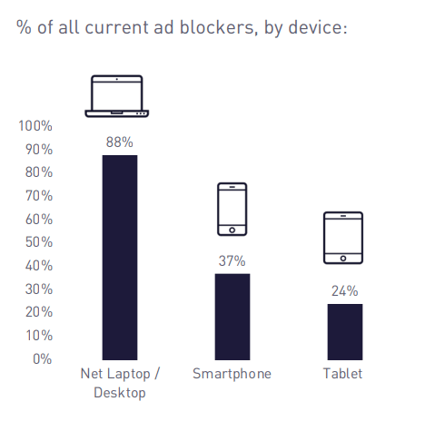 As per the ad firm Blockthrough, a total of 763 million devices were running ad blockers in the fourth quarter of 2019. What this means is that about 15% to 30% of website traffic is using an ad blocker.

IAB UK in 2019 released a report that said ad-blocking numbers have managed to remain consistent for the last 4 years. The report also showed that 18-24 years old remain the most likely to currently use an ad blocker on their device. 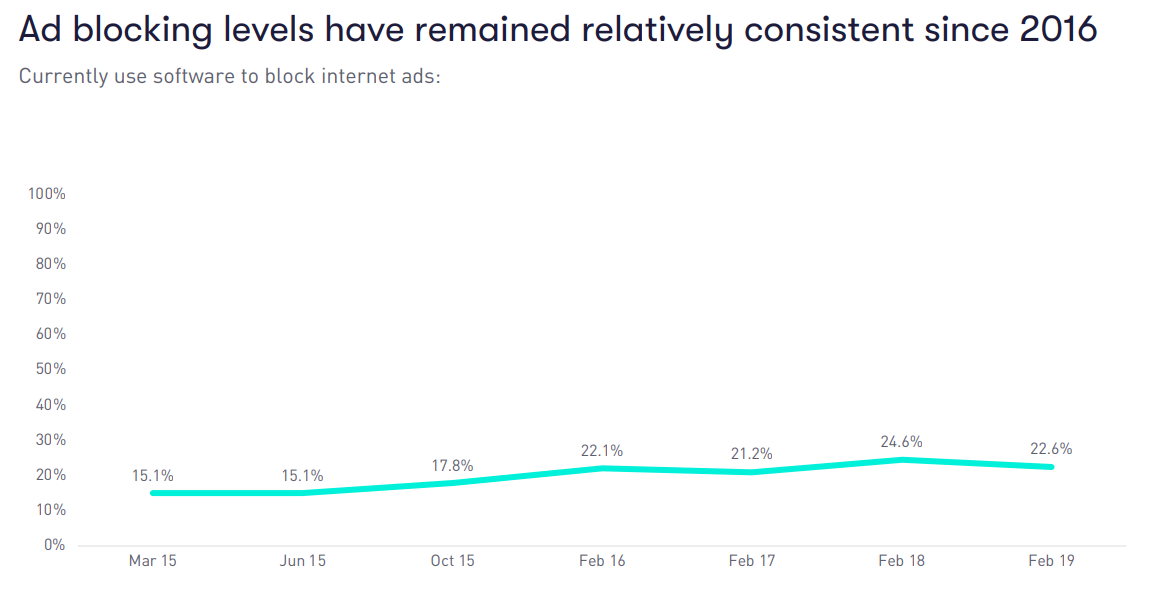 The bottom line is that finding the perfect blend of channels for revenue generation is tedious and difficult but it surely is the best possible way for digital publishers to rake in more revenue.

YouTube is the most popular platform for people to watch videos. Stati[...]

When one is bored of eating the same food everyday, they either switch[...]