iOS Safari Push Notifications 2022: Are We There Yet?

END_OF_DOCUMENT_TOKEN_TO_BE_REPLACED

iOS Safari Push Notifications 2022: Are We There Yet?

iPhone users account for more than 45% of all smartphone users in the United States, and the number is just growing. All the leading browsers with the exception of Safari on iOS support service workers and Push APIs. While Safari does support push notifications on Mac OS, there is no green signal for iOS safari push notifications in 2021 yet.

"After almost 2.5 years of Chrome releasing support for Service worker, Apple changed the status of Service Worker from being Considered to being under development. Jake Archibald first reported."

The status of the Service Worker has now changed from 'Supported in Preview ' to 'Supported'.

With release of Chrome 80 and Firefox 72, the quieter permission UI has made subscription prompt go silent for some websites. Once Chrome rolled out the Subscription prompt UX report, we analyzed 535 websites and unearthed some important revelations. In this notification subscription UX report, we have covered the prompts that perform the best, the non native prompts that steal the show and more. This update was made solely to provide users with a better experience on the website. Since Apple gives lot of weight-age to user experience, these changes might encourage them to support web push notifications iOS.

Though there is no support for web push iOS Safari yet, something to be thankful for is that more than 80% of users make use of devices that support web push notifications. So that is a relief.

But support on web push iOS Safari is essential never the less. Why leave out the 14% when you can reach out to more people! 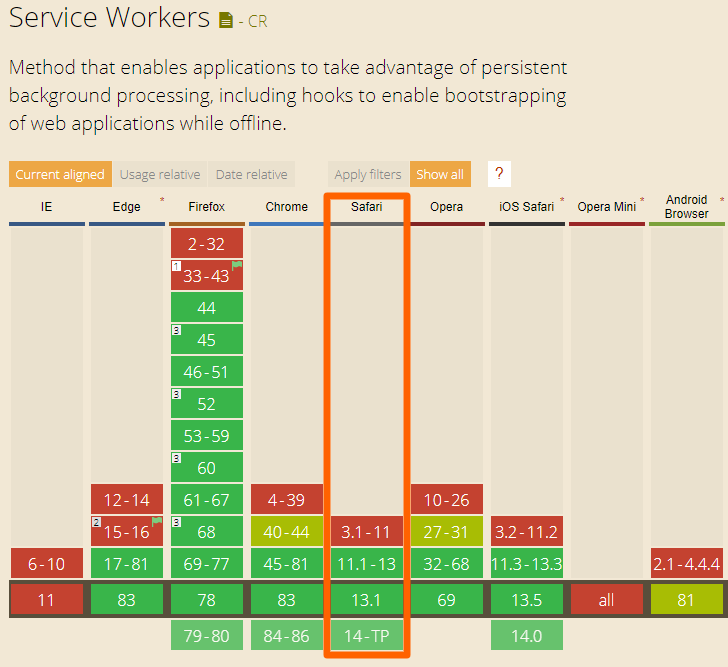 As you can see, Safari iOS has finally supported service workers in iOS 11.3. But what is on hold, is their support for Web Push Notifications. So push notification iOS web app is currently not available as you can see below- 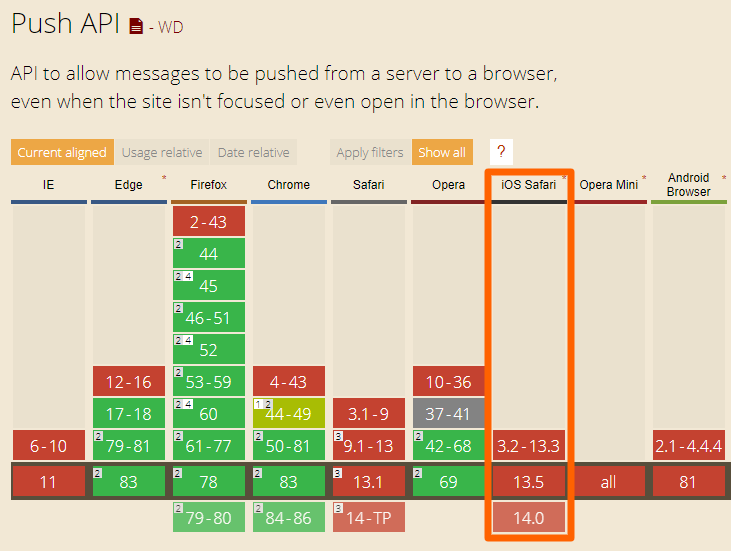 iOS the reluctant one

iOS prefers to live within its own closed walls of its palace. Hence it is very selective even when it comes to supporting apps. First and foremost not all apps are available for iOS. The ones that are, need to be registered with the Apple Push Notification Service (APNS). They have to be manually opted for receiving push notifications. On other android phones, it is the bonus of the marketer to make people opt-in.

iOS has its own sets of rules and a long pre-review checklist for accepting app's push notifications which app developers must abide by. But now, Progressive Web Apps is supported on iOS! Which means that you can now install apps without the stringent app store approval. iOS Safari PWA push notifications is not yet supported though.

Here are some additional handy resources around the status of iOS push notifications:

Android 13 ‘Tiramisu’ has made its presence felt with permission promp[...]

Suffering from writer’s block? Running short of time to deliver an art[...]